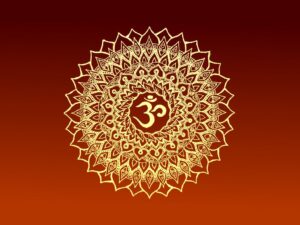 The term ‘Aromatherapy’ was unheard of until the early 20th century. It was only in 1937 when a French chemist, René Maurice Gattefossé, published the book- Aromathérapie: Les Huiles Essentielles, Hormones Végétales, were the people officially introduced to the concept of Aromatherapy.

Though the official word ‘Aromatherapy’ was introduced in 1937, there are written proofs of the fragrance (aroma) from herbs being used for treatment of various diseases for thousands of years. Here are a few ground-breaking records of Aromatherapy being used in ancient times:

As per the clear records of ‘Yuddha Kanda’ (the period war between Rama and Ravana) in Ramayana, Lakshmana was injured by Ravana’s son, Indrajit. When worried Rama and Hanumana consulted the Lankan ‘vaid’ about the unconscious Lakshmana, he ordered Hanumana to get four ‘bootis’ (herbs) from the hills of Himalaya. These four herbs were namely- Vishalya karani, Sandhana karani, Savarnya karani and Mrutha sanjeevani.

While the first three herbs were applied on Lakshmana’s wounds to heal them, it is the aroma from the Mrutha sanjeevani that actually revived him from near death.

Texts from Buddhism also suggest towards the use of Aromatherapy by Buddha himself. For instance, as per Vin.I, 204, Buddha suggests his monks suffering from bodily pains and aches to boil cannabis leaves in water, and inhaling the aroma for instant relief.

The concept of Aromatherapy has been used several times in the Bible, in both old, and new testaments. However, it is uncertain and we are lack of any concrete proof of why the aroma of the ointments or herbs were so important.

“Then took Mary a pound of ointment of spikenard, very costly, and anointed the feet of Jesus, and wiped his feet with her hair: and the house was filled with the odour of the ointment.” –John 12:3

In the above verse, Mother Mary uses an expensive ointment to clean Jesus’ feet- the aroma of the ointment fills the house thus.

In parts of the Exodus 30:22-33, God has himself instructed the Israelites to make anointing oil with myrrh, fragrant cane, cinnamon, and cassia (similar to cinnamon) in a medium of olive oil.

Long before the medicinal effects of plants were discovered, i.e. around 5,000-10,000 BC, Egyptians used to burn specific herbs, barks or aromatic woods to drive out the ‘evil spirits’ from people who were suffering of some sickness. This therapy working could be related to Aromatherapy, being used as an alternative to medicines.

They also used to burn incense sticks made from aromatic herbs, spices and barks. They used these incense sticks to pray to their gods believing that the aroma from them would lead them straight to heaven.

In around 400 BC, Hypocrites- also termed “the father of medicine”, began studying the effects of hundreds of scented plants and herbs on human health. He believed and preached how a person should be tried to make healthy with aromatic baths and essential oil massages. He wanted surgeries to be avoided as much as possible.

The Romans further evolved and developed the Egyptian and Greek techniques for making aromatic floral baths. Rome soon became the bathing capital of the world. Once the person bathed in aromatic waters, Romans relaxed the person with oil massages. As time progressed, the Romans took the concept further and started to specifically import new aromatic herbs from Eastern India and the Arabian region.

As the trade routes began evolving, the concepts and products such as aromatic oils and perfumes spread all through Middle East and the Arabian region. Around AD 980, a physician named Avicenna started using the process of distillation to distil the essence of rose.

While it took many years to perfect the distillation process, the Arabs meanwhile, also successfully discovered distillation of alcohol, making it possible to produce perfumes without heavy oil bases.

Apart from this, smaller groups such as the Shamanics and the Native Americans too, have been using Aromatherapy as a means to detoxify the soul and the body of spiritual and physical impurities. While aromatherapy still has a comparatively smaller support circle than allopethic and herbal medication is still one of the oldest and most well known forms of healing and cure.

I hope that this clears some of your doubts about aroma therapy.

Thanks to you all

Reiki blessings, love, light to you all and yours.